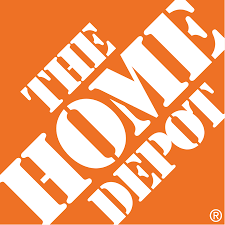 So here’s the deal with composting.  It’s just a good idea.

There are several ways in which composting takes place.  One of the things that I really enjoy about the EPA is that they have a wonderful website which outlines the different types of composting, what can be composted safely and any problems that may arise if composting is not done properly.

Yes, there is a proper way in which to compost!!!

If the wrong things are composted, it may be bad for the environment, and more importantly, it may cause sickness if the compost is used on material which is being cultivated for human or animal consumption.

The EPA site with all the wonderful information can be found by clicking here.

There are a few types of composting methodologies that are widely used:

So this is a good way to compost if there is an area picked out in the yard which is not used often, is slightly remote and there are significant yard trimmings to go into the pile.  We had one for quite a few years and we set our up as a U shape with some bricks and just kept dumping our kitchen scraps and yard waste in the pile.  We would turn it with a shovel periodically.

The problems with this type of composting method that we have personally encountered are:

Container composting is relatively easier than the aerated pile simply because it does not require as much space and can be utilized much easier in more urban environments.

The premise of the container composter is the same as with the pile composting.  Each of those barrels shown will need to be rotated periodically in order for the potential compost to mix properly.

The problems with this type of composting method that we have personally encountered are:

Vermi = “worm,”
Compost = “a mixture of various decaying organic substances, as dead leaves or manure, used for fertilizing soil,”
ing = a suffix which identifies the action of the noun of the word.

This type of composting can be used in concert with the previous two types of composting, or by itself with respect to whole yard natural de-thatching of grass clippings.

Lots of places will sell worms that can be used to fortify areas which are to be composted; however, it is EXTREMELY IMPORTANT to try to get worms which are local to the area with which they are being released.  Generally, we will purchase a few combo bags for lawns and gardens.  The bag will generally contain a few species of beneficial worms such as night crawlers, red worms and wigglers.