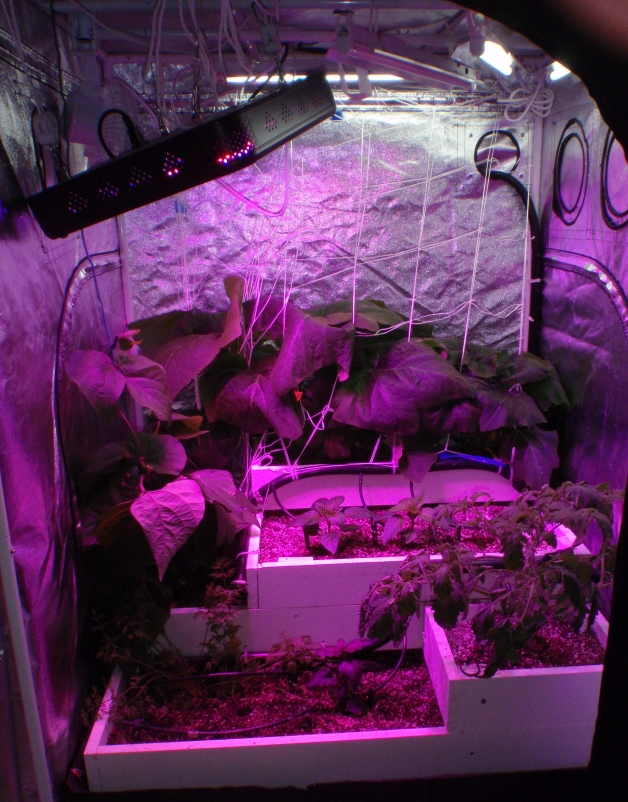 Over the last week, a lot has happened in the soil tent.

The fertilizer regimen has a boost in some of the reagents that includes quite a bit of calcium and magnesium which has given a great boost to most of the plants, but most notably the squash which now have small squash and more flowers.

We had to “rope up” the squash because they were taking over quite a bit of room and the peppers were not getting the light that they require, especially my poor little jalapeno that is already quite small and was planted late. 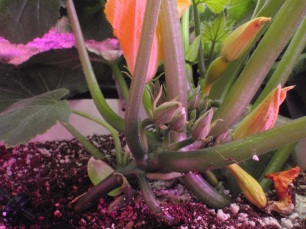 The bush beans are doing well and growing and because of this, I had to string up both of the plants in order to expand the plant.  Hopefully they will fill out, continue to grow more foliage and keep sprouting beans.

The Early Girl tomato seems a little more wilty than I like, but the base of the plant is thick and strong and over the course of the last week has developed some flowers, so that is a positive thing.

I did prune a little bit off of the bottom of the plant so I hope that helps over the next week.

The bell peppers are doing well.  The small jalapeno pepper is still hanging in there so as long as it seems to want to grow, I will just let it be until it no longer wants to stick around.  Hopefully it will take off at some point.

To be honest, I am not sure if the carrots are really doing that well or not, but I will just let them keep going and see how they do.  The radish are all done growing at this point so It’s time to either plant something in their place or to plant more radish (which is what I will most likely do at this point given that they did well this last run).